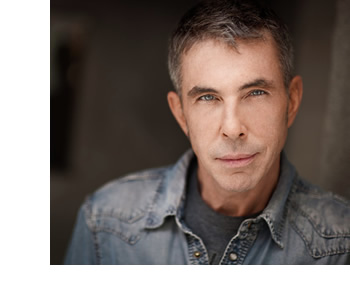 Andrew McIlroy, a graduate of the National Theatre School of Canada, and one of Canada’s and Vancouver’s most highly respected acting instructors. He was the co-artistic director of the full-time program at Vancouver’s Gastown Actors Studio, and is one of the most popular adjudicators requested by Theatre BC for festivals and workshops. He has taught as a faculty member at Emory University in Atlanta, Georgia, Simon Fraser University and is currently a faculty member with Canadian College of Performing Arts, an instructor with Vancouver Film School and The Union of BC Performers.

As an actor, some of Andrews’ credits include recurring & guest roles on projects such as “Health Nutz”, “Fringe”, “Psych”, “Battlestar Galactica”, “The Chris Isaak Show”, “Blade: The Series”, “Terminal City”, “Supernatural”, “The L Word”, “Out Of Order”, “Smallville” and the 2013 TIFF selection “Word and Pictures” with Clive Owen & Juliette Binoche.

Andrew has also ventured behind the lens, directing an episode of the web comedy series “Single & Dating in Vancouver” for which he received a nomination for Best Directing at 2015 Indie Series Awards in Los Angeles.

As a theatre director, Andrew was nominated for a Jesse Richardson award for his work on Michele Riml’s, “Poster Boys”. He also created the original production of the international hit, “Sexy Laundry”. Other directing credits include “A Christmas Carol” and “Sexy Laundry” for the Western Canada Theatre (2nd run). “On The Edge” for The Belfry Theatre and “Henry & Alice: Into the Wild” for the Arts Club.

Most recently, Andrew has worked as coach to Lead Actors in – “Pirates of The Caribbean 5”, “Star Trek”, “When We Rise” (miniseries on ABC), and “Tomorrowland”.

The 2017 North Island Zone Festival is Sponsored by